Explain that in this clip, Clive (Nick Frost) and Graham (Simon Pegg) are settling into their hotel room in America. They are respectively the writer and illustrator of a science fiction graphic novel, and are combining a visit to a comic book convention with a road trip of ‘UFO hotspots’. Ask the students to pay particular attention to the different attitudes towards extra-terrestrials shown by the hotel porter and the two Brit sci-fi nerds.

Ask the students what they think the hotel porter thought of Graham and Clive’s interest in UFOs. What did his answer to the question ‘Do you believe in UFOs?’ suggest about his attitude? Draw out that not only did he not seem to believe in them, but that it wasn’t an issue that he appeared to have given much thought to.

Now ask the students how they think Clive and Graham felt about the hotel porter’s reaction. Draw out that they clearly both have strong views about the existence of aliens, and that they have both obviously spent a lot of time exploring the evidence and become well informed about the various theories and claims in this area.

Ask the students how they think Graham and Clive might have attempted to convince the porter that aliens existed. From their point of view, what could they have done? From his point of view, what might make him believe in extraterrestrials and what would he be likely to dismiss as the incoherent gibbering of a couple of British sci-fi geeks?

Get the students to discuss in small groups what kind of evidence might be required to convince them one way or the other about the existence of God.

Show a second clip from Paul. In this clip, Clive and Graham get the ultimate confirmation that their belief in extraterrestrials is a correct one.

The clip starts with a road sign for the Extraterrestrial Highway. The first line is Graham saying, ‘Black mailbox.’ The clip ends after Graham tells Paul (Seth Rogan) that Clive has a child’s bladder, to which Paul replies, ‘Oh, fantastic.’ Please note that this clip includes one instance of swearing (Paul the alien says the f word under his breath). If you want to avoid the swearing, you could stop the clip at 0.14.01, immediately after Clive laughs and feints. The swearing comes straight after this, so you need to stop the clip smartly.

Ask the students what difference meeting Paul might make to someone trying to decide whether or not aliens existed. What difference would Clive and Graham subsequently telling someone about their encounter make? Explain that many Christians would argue that their claims about the existence of God are based, at least in part, on personal experience. For the rest of this lesson you are going to help the students to explore those claims. 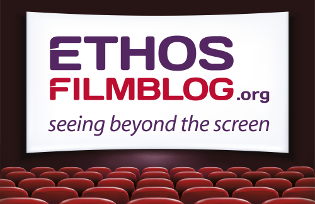 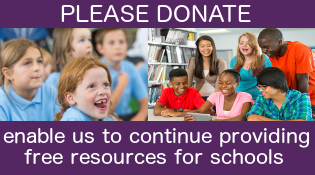